PLUS was established in 1962 by law and has 4 Faculties:

PLUS re-organized all study programs (BA, MA, PhD) it offers according to the Bologna process, with full implementation of ECTS. It is very active in the development of collaborations for sharing teaching and research activities with institutions worldwide for exchanging teachers and students. At the same time it is attractive to foreign students and therefore ranks number one with 15% among the Austrian Universities. PLUS also developed a platform for e-learning and has considerable experience in EU projects such as Erasmus, Socrates, Leonardo, Tempus and others.

For information regarding PoSIG at University of Salzburg please visit https://www.uni-salzburg.at/index.php?id=206714&MP=93-44799

Mario Wintersteiger (born 1982) received his degrees in political science at the University of Salzburg (Master’s degree in 2007, Doctor’s degree in 2011); several scientific functions since 2005; started lecturing in 2009 (especially on the field of political theory and the history of ideas). He currently teaches for the University of Salzburg’s Departments of Political Science and History. He has also taught repeatedly for study abroad programs (Bowling Green State University’s Academic Year Abroad in Austria; American Institute for Foreign Study in Salzburg), lecturing on political science, history and philosophy. He was a member of the Austrian Research Association’s Working Group “Politics – Religion – Violence” (2009-2012). His current research interests and recent publications focus on topics of political philosophy, political aesthetics and political myths.

MMag. Stefan Karlhuber is psychologist and communications scientist. He is academic seminar lecturer and trainer for adult education, NLP-Coach and NLP Master Practitioner. His main work fields are online-communication (didactic and meaningful use of social media, e-portfolios etc.) and face-to-face communication (rhethorics, presentation trainings). He is lecturer at different universities and independent trainer as well as speaker at congresses, conferences etc.

Zoe Lefkofridi is an Assistant Professor of Comparative Politics at the Dept. of Political Science at the University of Salzburg. Her teaching includes courses on comparative politics, the causes and consequences of unequal political representation, and national political parties’ organizational and policy responses to European integration. She has experience with teaching at the BA and MA level as well as with coaching doctoral students in the context of PhD colloquia at the European University Institute (EUI) and the Dept. of Methods in the Social Sciences of the University of Vienna. Dr. Lefkofridi’s research draws on normative and positive theories of democracy to empirically examine political representation in Europe; her articles appear in European Union Politics, Electoral Studies, West European Politics and EPSR among others. She is currently also a joint Jean Monnet-Max Weber Fellow at the Robert Schuman Center for Advanced Studies, EUI in Florence and the Dept. of Political & Social Sciences of the European University Institute. Previously, she was a visiting post-doctoral researcher at Stanford University and the GESIS- EUROLAB, as well as a research fellow at the Institute for European Integration Research (EIF) and the Dept. of Methods (MeSoS) at the University of Vienna. She conducted her doctoral studies at the Institute for Advanced Studies in Vienna and the University of Vienna and holds MA and BA degrees from the Diplomatic Academy of Vienna, the College of Europe – Bruges and the University of Athens.

Andreas Dür is Professor of International Politics at the Department of Political Science and Sociology at the University of Salzburg, Austria. He holds a PhD from the European University Institute in Florence (2004). Prior to taking up his current position, he was a postdoctoral research fellow at the Mannheim Centre for European Social Research (2003-2005) and a lecturer at University College Dublin (2005-2009). Dür has published a large number of peer-reviewed articles on trade policy, interest group politics and European integration, in leading journals such as the British Journal of Political Studies, Comparative Political Studies, the European Journal of Political Research, International Studies Quarterly, and the Journal of Conflict Resolution. He also is the author of Protection for Exporters: Discrimination and Power in Transatlantic Trade Relations, 1930-2010 (Cornell University Press, 2010) and co-editor of Trade Cooperation: The Purpose, Design and Effects of Preferential Trade Agreements (Cambridge University Press, 2014). He teaches courses on international cooperation, theories of International Relations and International Political Economy. 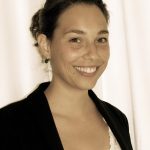 Dr. Doris Wydra holds a Master Degree in Political Science and a doctorate in Law from the University of Salzburg and holds the position of the Executive Director of the Salzburg Centre of European Union Studies. SCEUS is an interdisciplinary priority program of the University of Salzburg, geared towards research as much as towards education of a new generation of academics. An important objective of SCEUS is to link research and teaching in several ways: on the one hand with the Master programme European Union Studies, on the other hand with a doctoral college. She has extensive experience in teaching in the framework of the master programme European Union Studies, giving courses on European Union politics, with a special focus on European Monetary integration, but also relations of the European Union with neighbouring countries. In the past she has already participated in twin-teaching programs and assisted in the MA European Integration curriculum development at the University of Prishtina (HigherKos).

Mario Wintersteiger (born 1982) received his degrees in political science at the University of Salzburg (Master’s degree in 2007, Doctor’s degree in 2011); several scientific functions since 2005; started lecturing in 2009 (especially on the field of political theory and the history of ideas). He currently teaches for the University of Salzburg’s Departments of Political Science and History. He has also taught repeatedly for study abroad programs (Bowling Green State University’s Academic Year Abroad in Austria; American Institute for Foreign Study in Salzburg), lecturing on political science, history and philosophy. He was a member of the Austrian Research Association’s Working Group “Politics – Religion – Violence” (2009-2012). His current research interests and recent publications focus on topics of political philosophy, political aesthetics and political myths.

Reinhard Heinisch is Chair of Austrian Politics and Head of the Department of Political Science at the University of Salzburg, Austria. Previously, he served as Professor of Political Science and Director of International Studies at the  University of Pittsburgh from 1994 to 2009. He holds degrees from the Universities of Vienna (BA 1986), Virginia Tech (MA 1987, and Michigan State (PhD 1994). Reinhard  Heinisch’s work is focused on comparative party politics, especially comparative Populism and Euroskepticism. He has also worked labor market policies, issues of European Integration as well as Human Rights and Democracy. He is the author of Populism Proporz Pariah – Austria Turns Right (2002 Nova Science) as well as of numerous other publications in international journals. He has lectured extensively internationally including the US, the UK, Germany, the Netherlands, Slovenia, Mazedonia, Bolivia as well as the European Forum Alpbach in Austria. He has held several visiting appointments, most recently at Renmin University in Beijing, China. While in the US, he worked a consultant for the US State Department.  In Austria Reinhard Heinisch was the founder of the annual International Summer University Carinthia in Villach, of which he serves as the Academic Director and  has been director of an inter-institutional working group on the Future of Austrian Democracy under the auspices of Austrian Research Association (ÖFG). He is  the recipient of numerous grants including a European Union Marie Curie grant to study Euroskepticism and populism in Central Europe. In his public capacity, Reinhard heinisch has commented on American and Austrian politics for Austrian Television and is a regular op-ed commentator for Austrian and international news media. In both the US and Austria, Reinhard Heinisch has been involved in teacher training programs, since 2011 he has lectured regularly for the State Teachers’s Colleges in Linz (PH Linz) and Salzburg (PH Salzburg).