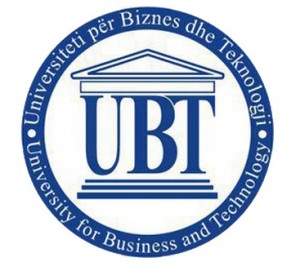 UBT offers a range of programs at undergraduate and graduate level. UBT is accredited by the Kosovo Accreditation Agency and maintains a solid growth by adding innovative programs based on country needs as well as regional trends. The institution has undergone a number of external accreditation (both institutional and program) phases and has developed and implemented many professional projects, such as curriculum development and training teachers for vocational schools in Kosovo, public administration, public companies, licensing of private companies according to ISO 9001/2000. Application of EFQM model of Management and evaluated and certified with EFQM Certification. UBT offers a range of study programs on bachelor and master level on both Albanian and English language, which are operated within the following departments: Management, Business and Economics, Computer Science and Engineering. Information Systems, Media and Communication, Political Science, Law, Architecture and Spatial Planning, Mechatronics Management, Infrastructure and Civil Engineering, Energy efficiency (Tempus Financed Project). 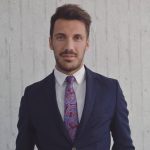 Artan Murati is lecturer and PoSIG coordinator at UBT. He has been working at KDI/Transparency International Kosovo as Senior Researcher and other international organizations operating in Kosovo. Artan has a bachelor degree in Law from University of Prishtina and Masaryk University in Czech Republic, and a Master degree on European Union Studies from University of Salzburg, Austria. He will continue his PhD studies on Public International Law. Mr. Murati has a long experience on working with EU integration issues, especially on Stabilization and Association process and approximation of national laws with EU laws. His academic work have been published in academic journals in different European countries.

Mr. Betim Gashi has finished Computer Science and Engineering at UBT. He is head of the ICT for academic activities including Moodle, Intranet and web Content Management at UBT for more than 4 years. He was directly involved on the development, implementation, operation and maintenance of the systems. In this case he should be responsible to support the project with ICT services during the hall project.

Msc. Artan Tahiri graduated in Juridical Sciences in Constitutional Law and Administrative Law at the University of Prishtina. He has extensive experience in teaching courses at UBT in the subject such as: Administrative Law, Constitutional Law, Human Rights Liberties and Ethic Law. Mr. Tahiri has more than 10 years of experience working as General Secretary at various higher education institutions in Kosovo. Whereas, for 2 years he worked as an administrator. He has extensive experience and expertise in the process of accreditation and licensing for individual programs and for institutions as well. In addition, he participated in several scientific conference. His main scientific research fields include, but are not limited to, administrative law, constitutional law, human and minority rights and administrative procedures.

Besim GOLLOPENI (Suhareka, 1979), primary and secondary school he finished in his hometown, and graduated at the Faculty of Philosophy, in field of Sociology – Philosophy (2004), at University of Pristina. During the studies he was very active in summer schools, wrote professional articles and has participated in seminars and workshops with research character. He has completed Master studies at FMNS of the University of Pristina, in field of Demography, while his PhD studies has completed at the Institute of Sociology of St. Cyril and Methodius University of Skopje. Since 2003, he was scholarship at some international study programs. He has specialized in urban planning and management (Netherlands), Integrated Urban Planning (Sweden and Africa) and Rural Revitalization (Israel). Also he has participated in several study visits abroad (Croatia, Latvia, Turkey, Italy, etc.). His professional and scientific opus is wider, he has published dozens of papers in local and international scientific journals, with focus on the science of sociology, urban sociology, rural, family, demography and urban planning, and participated with dozens presentations at international scientific conferences. He is member of several research institutions such as: the Albanian Institute of Sociology and others. At the Albanian Institute of Sociology has served in the capacity of chairman of the Population and Migration section for a mandate (2 years), and he is currently Deputy President of the Albanian Institute of Sociology (2015 -…). He is co-founder of the Association of Sociologists of Kosovo and Deputy President of the Association of Sociologists of Kosovo. Since 2010 he is engaged in the teaching in some higher education institutions in Kosovo. Since 2013, he is professor at Bachelor and Master Studies at the University for Business and Technology – UBT. Also, Mr. Gollopeni has been working at the Institute for Spatial Planning for about 13 years, in which institution has participated in the drafting of dozens of development (applied) projects in the national and local level in capacity of researcher/expert, where he has led some of them projects. He has also worked in the capacity of researcher / expert in several local and international research institutions in Kosovo.

Alfred Marleku is a PhD candidate at the South East European University in Political Science. Currently he teaches at the “UBT” College subjects in the domain of international relations. He is also coordinator of the Faculty of Political Science. He has more than 7 years’ experience working as a project manager in different projects related mostly with those who are focused in supporting the reforms in the Higher Education in Kosovo and beyond, especially focused in: research and development (R&D); brain gain; curriculum development on BA, MA and PhD levels; linking higher education with economy. Most of the project which were developed and managed by Alfred were funded by the European Commission (TEMPUS, ERASMUS+), US Embassy, USAID Government of Kosova etc. Alfred participated in the numerous conferences around the Europe and had chance to cooperate with a lot of universities such as: University of Salzburg, University of Graz, University of Vienna (Austria), University College Cork (Republic of Ireland), University of Edinburgh (Scotland), University of Chieti-Pescara (Italy) etc. He is coauthor of several strategic document of several universities and governmental institutions in Kosovo such as: Strategy for Quality Assurance for University Haxhi Zeka in Peja, University Ukshin Hoti in Prizren, University of Prishtina, Strategic Plan of the Constitutional Court of Kosovo 2014-2017, Strategy for Research/Artistic Activities and Development for University of Prishtina 2013-2016 etc. In addition to this he is author and coauthor of a number of scientific papers in the field of international relations and HE policies. His main scientific research fields include, but are not limited to, international relations, small states, international security and state building processes.

Mr. Ujkani obtained his Master’s degree in European Studies at the University of Leuven after completing his Bachelor in Law at the University of Pristina. His academic background is further enriched by a long list of traineeships from the Diplomatic Academy of Vienna, Katholieke University, and Center for European Studies Leuven, etc. Dr. Ujkani’s expertise in EU politics has put him in key positions in Kosovo’s public service, first at the Ministry of Transport and Communication, then at the Agency for European Integration. In education he works with the Law Faculty and the Political Science Faculty at UBT, where he teaches courses on European Law and Integration.

Dr. Peshkopia is a native of Albania and a Lecturer of Political Science at University for Business and Technology, Kosovë. He received a university diploma in Architecture and Urban Planning from the Polytechnic University of Tirana; a Graduate Certificate from the Martin School of Public Policy and Administration at the University of Kentucky, an MA from the Patterson School of Diplomacy and International Commerce at the University of Kentucky; an MA and PhD in Political Science form the University of Kentucky’s Department of Political Science; and spent a year as a Davis Junior Postdoctoral Fellow with the Institute of European, Russian and Eurasian Studies (IERES), the Elliott School of international Affairs, George Washington University. Dr. Peshkopia served two terms as a Representative in the Kuvendi i Shqipërisë (the Albanian legislative body) in the 1990s, and also as National Commissioner for Refugees of Albania, 2001-2002. Since 2005 he has taught in various universities in the United States, Albania and Kosovo, and is exclusively affiliated with the University for Business and Technology since 2013. Dr. Peshkopia has a very active research agenda, participates regularly in international conferences and has about two dozens of peer review publications including academic articles and book chapters in several political science subdisciplines. His research interests cover international relations, political behavior, epistemology, migration studies, political psychology, and film studies. His book, Conditioning Democratization: Institutional Reforms and EU Membership Conditionality in Albania and Macedonia came out in 2014 by Anthem Press, London, New York, and Delhi.