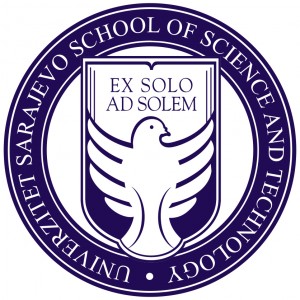 The Sarajevo School of Science and Technology was opened in October 2004 in Sarajevo as the first private University in Bosnia and Herzegovina. Dedicated to providing high quality, internationally competitive education and up-to-date programs, SSST established collaboration with the University of Buckingham (United Kingdom), and is today the only private University in BiH offering its graduates a dual degree. Further, this collaboration makes SSST subject to meeting not only national but also University of Buckingham’s and UK’s academic guidelines and standards of teaching. Through this collaboration, SSST is the only University in the region of South-Eastern Europe monitored by the UK’s Quality Assurance Agency, ensuring both transparency and the highest standards in teaching and examinations procedure. To fulfill its mandate for excellence, SSST has put together an internationally educated and ambitious faculty, many of whose members come to us from the world’s leading universities. The faculty is actively engaged in research projects within their fields, remaining at the forefront of their profession’s advances both in terms of research and innovative teaching methodology. Our University employs one professor for every four students – the highest ratio in the region and wider – while our system of academic advising ensures that professors and teaching assistants are available for daily consultations and are charged with individual monitoring of each student’s academic progress. The SSST curriculum, taught entirely in English language, seeks not only to transfer technical skills and academic knowledge but also to build confident and globally-minded graduates, prepared for the challenging international environment. In addition to their main field of study (major), all SSST students also choose a minor, allowing specialization within their fields and greatly increasing their competitive edge following graduation. SSST offers four-year academic programmes for all undergraduate studies (240 ETCS credits; European Credit Transfer System), with the exception of Sarajevo Medical School with a six-year academic programme (twelve semesters) and Sarajevo Film Academy which offers a Bologna certified three-year academic course (BA Degree Programme).

For more on PoSIG at SSST please visit http://ssst.edu.ba/news/ssst-as-part-of-erasmus 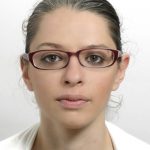 Maja Savic-Bojanic is a doctoral candidate at the University of Buckingham (UK) where she is completing her doctoral dissertation on the issue of Formal Political Participation of Jewish and Polish Minorities in Bosnia and Herzegovina. She received her Master of Arts Degree in European Politics at the University of Bologna in Italy and her Bachelor of Arts diploma in international relations from Kent State University in the United States. She has completed all her studies with Summa Cum Laude Honors and University Honors. She works in the field of minority studies with special focus on Jewish minority in Bosnia and Herzegovina, but also issues of political participation, self-determination and autonomy of minority groups. She is also interested in public policy making, especially minority education and cultural policy. She is currently researching the level of formal and informal political participation of five largest minority groups in BiH. She has received funding for her work from Balmed and Open Society Fund, as well as a number of small UK based organizations dealing with Jewish culture and heritage. She has published over a dozen of research articles and recently a book chapter which she co-authored with a colleague from SSST. She has conducted a large public policy study in 2012-2013, which was published and financed by the Open Society Fund. Prior to beginning her academic career, she worked for five years in the government sector in both Bosnia and Herzegovina and Italy. She is a member of several associations, including Phi Beta Delta International Honors Society, Golden Key International and Phi Sigma Iota International Foreign Language Society. 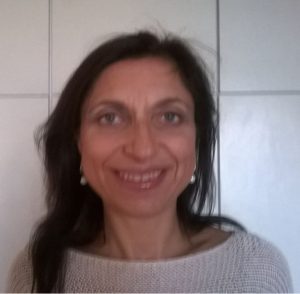 Matilde Fruncillo received her PhD in international relations, conflict resolution, human rights and development from university of Siena (Italy) in 2011. She got two Master of Science degrees in 1998 and 1999, concentrating in international law, public law and criminal law (University “Federico II”. Naples, Italy) and majoring in international politics (University “Orientale”, Naples). She works as an external associate at the university Sarajevo School of Science and Technology as a lecturer on comparative politics, history of diplomacy, diplomacy in theory and practice, nations and nationalism and foreign policy of EU member states. She also mentors thesis from candidates for Master’s course in Political Science and she’s a member of PhD candidates commission, from February 2013 to July 2015. Matilde is a member of the Management Committee of MARSAFENET – NET work of experts on the legal aspects of MARitime SAFEty and security, EU COST Action IS1105. From April 2014 she was associated (mainly as a lecturer) with many international universities, organizations, seminars, conferences, courses etc, such as the project TOGETHER supported by the Fundamental Rights and Citizens Programme of the European Union and European Federalist Movement in Naples. From 2003 to 2014 she worked on several OSCE positions, including OSCE Mission to Bosnia and Herzegovina as a program development coordinator and community engagement manager. From February 2001 to June 2002 she worked as associate protection officer in UNHCR where she was responsible to supervise the BiH Ministry of Human Rights and Refugees in the management of two Refugees and Asylum seekers camps. She was associated with NGO Italian Consortium of Solidarity (ICS) and NGO ARCI culture and development (ARCS) in the late 90’s where she worked as country coordinator and head of office. She has published numerous research articles and papers.

Adnan Huskić is a PhD candidate at the University of Graz, Austria. He holds a BA from the London School of Economic and Political Sciences and MA from University of Bologna and University of Sarajevo. He is a lecturer at courses EU in International Context, Current Issues in EU Politics, Foreign Policy Analysis, Intro to BiH Politics and Processes of Int’l Negotiations. He is a member of UACES and EISA and his most recent publication is the book with Palgrave Macmillan “The Foreign Policies of Post-Yugoslav States – From Yugoslavia to Europe” 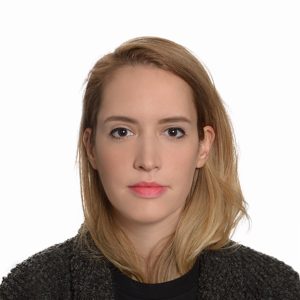 Sabina Čehajić-Clancy received her PhD (“Responsibility and Denial: Antecedents of Acknowledgment, Collective Responsibility and Guilt”) in social psychology from the University of Sussex in 2008 under the supervision of Professor Rupert Brown. Society for the Psychological Studies of Social Issues (SPSSI) has awarded her with the Dissertation Award for 2008. Besides this, she has received the Harry Frank Guggenheim Award for her dissertation. At the same university, she has also received her Master of Science degree in applied social psychology as a British Chevening scholar. She works in the field of intergroup relations, more specifically on reconciliation in post-conflict societies, collective emotions of guilt and shame, collective responsibility, dehumanization, and other moral disengagement strategies. Currently she is looking at the effects of apologies, offers of reparation followed by different emotions on victim group responses such as forgiveness and examining socio-psychological interventions for sustainable intergroup reconciliation at Stanford University. She has received funding for her work from British Council, Open Society Institute, and Overseas Research Scheme by the British Ministry of Foreign Affairs. She has published numerous research articles on the issues of acknowledgment, group-based responsibility, guilt, and intergroup forgiveness and several book chapters. In the last ten years, she has coordinated and supervised twenty scientific projects, presented her work on over fifty national and international conferences, and worked as a consultant for various NGO’s in BIH such as UNICEF, UNDP, Post conflict Research Centre, Save the Children UK, USAID, CRS, etc. Courses taught: PS 220 Research Methods for Social Sciences PS 320 Political Psychology PS 420 Thesis Research and Design PS 410 Public Communication PD 504 Advanced Research Methods (graduate course) CAR 540 Psychology of Intergroup Conflict and Reconciliation (graduate course). 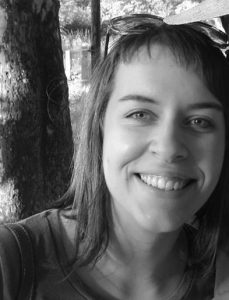 Maja Pulic graduated at the Department of Political Science and International Relations at the University Sarajevo School of Science and Technology/University of Buckingham UK, in 2011. During her undergraduate studies she received a specialization in European Integrations. In 2011 she enrolled a two-year programme in postgraduate studies at the same University. She finished her Master studies in Diplomacy with distinction. Currently Maja is a PhD student at the University of Birmingham, UK, department of Marketing, Business School, working with Professor Christina Goulding and Dr. Andrew Pressey. During her postgraduate studies she started working as a Teaching Assistant at the University SSST in Sarajevo. Maja Pulic has been employed as a Lecturer at the Sarajevo School of Science and Technology in spring 2014. She is teaching several undergraduate courses in Political Science and International Relations. Currently she works on both international and regional projects dealing with public diplomacy, building an image of post-conflict countries and exploring the area of place and space in the area marketing. Her research interests are more generally focused on marketing theory building using advanced qualitative research methods. This research work is closely related to qualitative research methods, more precisely with Advanced Qualitative Data Analysis (using NVivo), Approaches to Research on Discourse and Role of Thinking: Philosophy of Social Research. Working as a Researcher and Research Assistant on ten international and regional projects (Non-enrolment and School Dropout Study by UNDP; Small arms control and reduction in Bosnia and Herzegovina by NATO; Local governance in Bosnia and Herzegovina by UNDP and others) Maja Pulic gained practical quantitative research skills. Besides this, she participated in various international and regional conferences related to issues of International and regional security, European diplomacy and European Identity.