European University of Tirana (UET) is a leading higher education institution in Albania, established in full compliance with the requirements and criteria of the Bologna Charter, including study programmes in the three levels of higher education: BA; MA and Doctorates (PhD). UET engages in high quality teaching and research as well as exchange programmes and capacity building projects and joint initiatives with local and international partners in the following major disciplines: law, social sciences, political sciences and economy and information technology. The vision of UET is to be a leading university in the development of knowledge in the Albanian society; a center of excellence in the academic formation of our students; a center of expertise in the social, political, legal, economic and information technology studies in the country with a wider impact in the region and beyond; as well as a center of excellence in scientific research according to the areas of expertise within the university. Since its establishment, UET has created a distinguished tradition of developing the curricula on EU Integration science by providing the following study programmes: BA in Political Science with emphasis on History of EU integration and institutions & International organizations; MSc in Business Administration with emphasis on EU Integration and Public Administration and MSc in Finance Banking with emphasis on EU Integration; MSc in International Relations with emphasis on EU policies. UET has successfully participated in various regional and international projects funded by the European Commission such as Tempus, Jean Monnet Chair, Life Long Learning Programmes, COST, and Instrument for Pre-Accession. The European University of Tirana encourages a culture of knowledge-sharing, openness and horizontal linkages between HEIs, CSOs, research centers, governmental organizations and relevant stakeholders.

For more on PoSIG at UET please visit http://uet.edu.al/index.php/en/europs 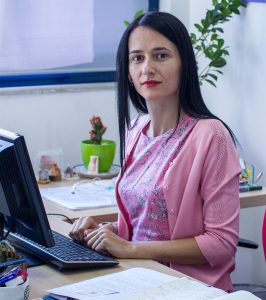 Blerjana is currently a visiting researcher at the Department of Informatics and Media, Uppsala University, Sweden as a Swedish Institute Fellow. Her areas of research are alternative media, participation and social change, media and democratization, political communication and populism. She has completed her doctoral studies in Media and Communication Studies. She holds a Master of Science in Politics and Communication from the London School of Economics and Political Science in UK. She has completed a research fellowship at the Communication and Media Research Institute (CAMRI) at the University of Westminster under a Civil Society Scholar Award (2015) and a research stay at Department of Political Sciences and Sociology, University of Salzburg as a Sigma Agile Fellow (2014). She is a lecturer of Research Methodologies; Advanced Qualitative Methodologies and New Media. In addition, Blerjana works closely as an associated researcher and project director with the UET Centre and the Office for Project Development and Partnership at the European University of Tirana. She has been involved in the development and management of various research and capacity-building projects funded European Commission, and other donors. She is a COST researcher in the COST Action ISCH 10 IS1308 on political populism and a European Union Delegation to Albania Expert on media and information society in Albania. 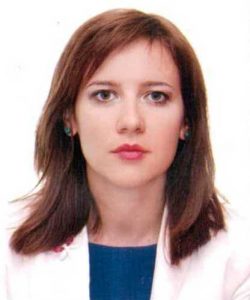 Ms. Papa holds an MA in International Relations and European Studies from the Central European University in Budapest and a Bachelor Degree in Political Science from the University of Tirana. She has also completed a Special Course in European Studies for Junior Diplomats and Civil Servants in the Diplomatic Academy of Vienna. Based on this academic background, since 2006, she has successfully established a professional career in higher education settings in Albania with emphasis on education policy and legislation, quality assurance and accreditation and dynamics of curricula development. She is in charge of Human Resources and Curricula Development at the university, ensuring the faculty members’ compliance with the academic obligations and rights, as well as managing issues related to the faculty further academic and scientific qualification, in accordance with the Albanian higher education legislation. Since 2008, she has been involved in every process of external review and accreditation of the university and the programs of study it offers in the three cycles of studies. She has gained extensive experience and knowledge in Quality Assurance policies, standards and criteria at local and European level. 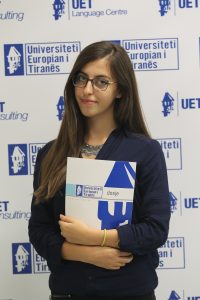 Megi Ruka, in a graduate student of International Relations at European University of Tirana and recently she has been engaged as a Project Assistant at UET Centre, a research center affiliated with European University of Tirana. She has been working on projects related to Albania towards EU integration such as the Jean Monnet Chair on Regional Development and EU Integration of Albania. Ms. Ruka also has contributed in the project activities: roundtables with experts on EU and regional development; doctoral colloquium on democratization, project reporting and dissemination. She has supported the organizing group of the international conference: “Next Europe: Interdisciplinary perspectives on the Western Balkans” with the aim of Western Balkan path towards Europe and the role of civil society in democratization. During her studies she is involved in extracurricular activities such as the National Debate Competition organized by Students for Liberty Club and Foundation for Economic Freedom when she was part of the wining group. She is currently a beneficiary of Erasmus+ Credit Mobility grant at the University of Salzburg, Austria. 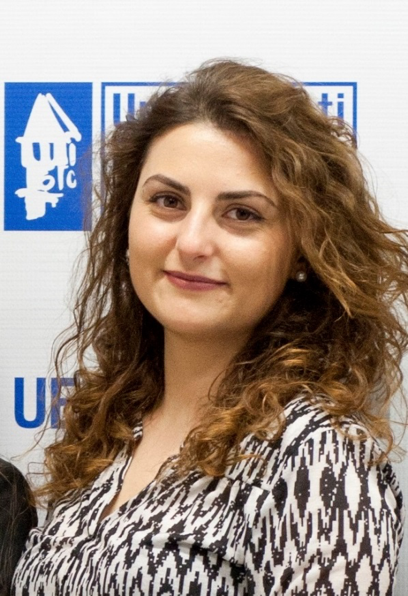 Lula holds a bachelor degree in Political Science from University of Tirana. She pursued her graduate studies at the Joint Interdisciplinary Master in South East European Studies, University of Belgrade. Lutjona has successfully completed a six-month research internship at the Albanian Embassy in Zagreb. Apart from her academic commitment, she has been active in various local NGOs and international seminars, mainly focused on human rights, regional cooperation, reconciliation and peace-building processes. Her fields of interest vary from political parties, democratization, societies in transition, South Eastern Europe and the EU enlargement. Ms. Lula currently is the Coordinator for International Relations at the European University of Tirana and an associate researcher at UET Centre. 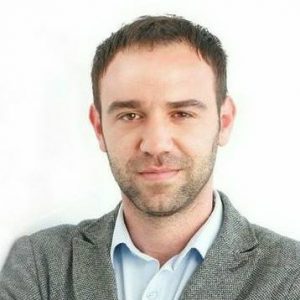 Prof. Assoc. Dr. Ervis Iljazaj has received his PhD in Political Science from the ‘La Sapienza’ University in Rome, Italy. He received his MA in Political Sciences form University of Camerino, Italy and an MA in Parliamentary Institutions from Sapienza University of Rome. Prof. Assoc. Dr. Iljazaj is currently a lecturer of Comparative Politics at the European University of Tirana as well as a researcher on politics, political institutions and party systems. He is also the Deputy Director of the Doctoral School of the European University of Tirana. He has previously completed an internship at the Office of the Prime Minister in Italy at the Department of Parliamentary Relations. Prof. Assoc. Dr. Iljazaj has also collaborated with several political parties as well as non-governmental organizations. He has been part of several national and international seminars and trainings. 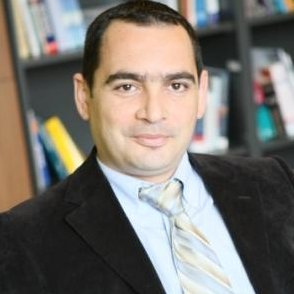 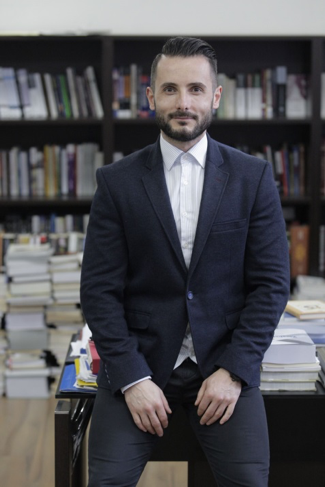 Elvin Gjevori holds a PhD in politics and international relations from Dublin City University in Ireland and serves as the Director for Research at the European University of Tirana, Albania. Dr Gjevori’s research focuses on democratisation and institutional consolidation in emerging democracies with a particular focus on the Western Balkans and Albania. Currently, Dr Gjevori is writing a book on Albanian democratisation and institutional reform to be published by Palgrave Macmillan at the end of 2017. He has also published a number of book chapters and articles that have appeared in International Peacekeeping, Southeast European and Black Sea Studies, and East European Politics. 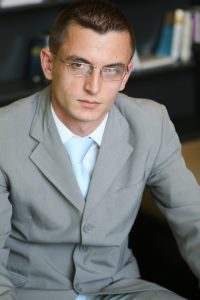 Dr. Klementin Mile has completed his doctoral studies in political science at the European University of Tirana, where he has taught several courses for the past eight years. He has conducted a research period at London School of Economics, UK and he obtained his MA in Contemporary European Studies at the University of Sussex, UK. Before engaging in academia, he has worked for the public administration and civil society organizations in Albania. He is currently director of ‘Russell’ philosophy club, which has been active for the past three years. His research interests include Political and Social Theory, Applied Philosophy and Political Sociology. 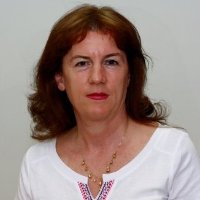 Prof. Asoc. Dr. Arlinda Ymeraj is a Professor of Economics at the European University of Tirana. She has worked in (1992-1997), as a Minister of Labour and Social Affairs and MP as well as in different senior positions of public administration, contributing to the establishment from scratch of social protection programme and the development of social policy in Albania. She also served for 15 years to UNICEF providing high quality expertise in program management, monitoring and evaluation. Prof. Asoc Dr. Arlinda Ymeraj has taken part in numerous scientific and research projects in the field of public and social policies among which should be pointed up project: “Boosting growth through social business in former communist countries: a state’s or a market function”, “The social profile of older people in Albania”, “Territory reform and its functional areas – a mechanism to increase the effectiveness of public services”, “The right to Labour and Social Security”, “Social Policy and International Interventions in South East Europe – the chapter on Albania”, published by in the UK, etc. 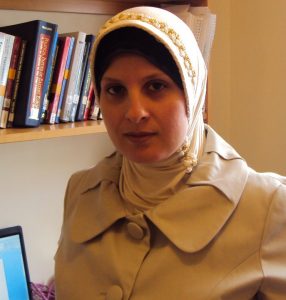 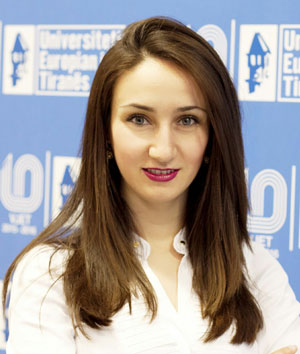 Ketrina Çabiri Mijo is the Head of Office for Project Development and Partnership at UET. She is also a lecturer Project Cycle Management at the European University of Tirana. Ms. Çabiri has been working as an external consultant for national and regional research organizations (Institute for Democracy and Mediation; Union of Albanian Journalists; GLPS in Kosovo, etc.). Ketrina Çabiri received a Master’s Degree in European Politics from the University of Sussex, United Kingdom and is pursuing her PhD studies at the European University of Tirana while her PhD research is conducted at University of Salzburg in Austria and Essex University in UK.