The Ss. Cyril and Methodius University in Skopje is the first state University in the Republic of Macedonia, founded in 1949, initially with three faculties. At the moment, the University represents a functional community of 23 faculties, 5 research institutes, 4 public scientific institutions – associate members, 1 associate member – other higher education institution and 7 associate members – other organizations.
The Ss. Cyril and Methodius University develops study programmes in all scientific fields – natural sciences and mathematics, technical and technological sciences, medical sciences and health, biotechnical sciences, social sciences, humanities and arts. Except for the faculties, the research work is carried out by the independent research institutes as an integral part of the University.
Nowadays, the illustration of UKIM through figures is as follows: over 60.000 enrolled students from Republic of Macedonia in the first and second cycle of studies, as well as over 700 foreign students. The third cycle – doctoral studies are realized within the School of Doctoral Studies, with a total of 655 students. Over 3.100 teaching, research, associate, as well as administrative staff participates in the realization of the teaching and scientific process at the faculties and institutes.
The University has produced around 150.000 graduated high-professional staff (with obtained Bachelor degree); 10.000 candidates obtained Master’s and Specialist’s degree and around 4.000 candidates obtained the doctoral degree in all teaching and scientific fields. The overall activities of the University also include sport, artistic, informative, recreational and other activities organized within many associations, clubs etc. The University and its units have taken part in large number of international projects, including EU funded FP7, Tempus, Erasmus and other projects. The University has taken part in the Erasmus Mundus networks: Basileus, JoinEUSEE, Eraweb and Euroweb.

Aneta Cekik is Associate Professor of Political science at the Institute for sociological, political and juridical research, Ss. Cyril and Methodius University in Skopje. She obtained her PhD on the topic of Lobbying in the European Union and the small states at the same institution. Since 2007 she has been involved in teaching and academic research projects at ISPJR. She teaches a number of MA Political science courses including Democracy, power and citizenship, Political system, Globalization and European integration, as well as the PhD course on Contemporary Europe- main developments and trends in EU politics. Her areas of interest include EU politics, EU lobbying, interest groups, democratization and EU accession, and ethnic conflict study. In 2010 she was a visiting academic staff at Centre for EU studies at the University of Gent, Belgium (Erasmus Mundus Basileus scholarship). From November 2013 to May 2014 she was a postdoctoral researcher (Erasmus Mundus SIGMA) at the University of Salzburg, Austria. She has published a number of articles and book chapters on these topics in domestic publications and abroad.

Marijana Markovik
Quality Manager
marijana@isppi.ukim.edu.mk
Marijana Markovik is working at the Ss Cyril and Methodius University, Institute for Sociological, Political and Juridical Research since 1998. She holds MSci in Psychology from Ss Cyril and Methodius University, Faculty of Philosophy and PhD in Communication at Ss Cyril and Methodius University, Institute for Sociological, Political and Juridical Research. At Political science MA programme she is teaching Political psychology, while at PhD level she teaches an elective course on Psychology of political changes. Her research interests are in area of Political communication, Political culture, Political ideology, Identity, Psychology of morality, Interpersonal communication etc. She has published several papers focusing on personal identity in democratic societies. With regard to education, she has been working as an external expert on evaluation of the reforms in elementary and secondary schools in the R. Macedonia, and has been involved in internal evaluation of postgraduate studies at ISPJR. She has extensive experience in academic and applied research projects. She was involved in projects implemented by international organizations such as: WHO, UNICEF, USAID, European Agency for Reconstruction, UNDP, etc. She is the author of large number of scientific publications 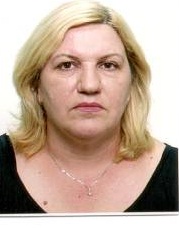 Nada Markova
Administrator
nade@isppi.ukim.edu.mk
Nada Markova is the secretary of Postgraduate studies at the Institute for sociological, political and juridical research and is responsible for administration of student documentation during admission and during the time of study.

Viktorija Jakjimovska
International Relations
viktorija.jakimovska@law.kuleuven.be
Viktorija Jakjimovska is Teaching and research associate at the Institute for Sociological, Political and Juridical Research, University Ss Cyril and Methodius in Skopje. Viktorija obtained her first degree in law from the University Ss Cyril and Methodius in Skopje, an LL.M from the University of Cambridge (2010) and LLM/MAS from the Geneva Academy of International Humanitarian Law and Human Rights (2012). Since 2014 she is a doctoral researcher at the Katholieke Universiteit Leuven in Belgium. Her thesis focuses on political and legal responses to foreign civil wars in 19 century. Her main research areas include historical development of the international legal order, politics of international law, international law on the use of force, and international humanitarian law. She has published in national and international peer reviewed journals. In 2012, she worked as a research assistant at the UN International Law Commission (64th session). 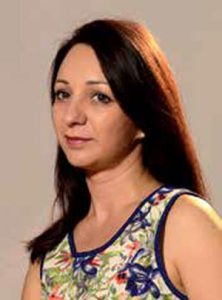 Goran Janev
Political Theory
gorjan00@yahoo.com
Goran Janev is Associate professor of Social anthropology at the “Sts Cyril and Methodius” University, Skopje, Macedonia at the Institute for Sociological, Political and Juridical Research. He teaches courses in Social Anthropology; Political Anthropology; Globalization and Communication; City, Society and Culture; and Culture in the New Millennium at several postgraduate study programmes. He has completed a DPhil in Social Anthropology at the Oxford University exploring the interethnic relations in Macedonia. He recently finished his three-year post-doctoral fellowship at the Max Planck Institute for the Study of Religious and Ethnic Diversity in Goettingen where he worked on the project “Manipulating diversity in South East Europe”. His main research interests are within the field of political anthropology, ethnicity, nationalism, urban studies and public sphere and public space.

Mirjana Najchevska
Public Policy and Administration
najce2000@yahoo.com
Mirjana Najcevska is Head of department of Political science at the Institute for sociological, political and juridical research. She teaches MA courses on Human rights and transformation of world politics, Human security, Administration and citizens and PhD course on Human rights and millennium development goals. She is a Member of the Working Group of Experts on People of African descent, Special Procedures of the Human Rights Council, UN (2008-2014) and was President of the WG (2009-2011), Member of the European network of legal experts on gender equality (2009 – ), Member of the CC of special procedures UN (2010), Member of the European network of legal experts on discrimination (2009-2010) etc. She has published on the topics of human rights, discrimination, gender equality, ethnic relations and national human rights institutions among others, in domestic and foreign publications and has been involved in large number of academic and applied research projects on these and similar topics.